Articles / Admissions / 4 Reasons to Stay Focused in Your Senior Year

4 Reasons to Stay Focused in Your Senior Year 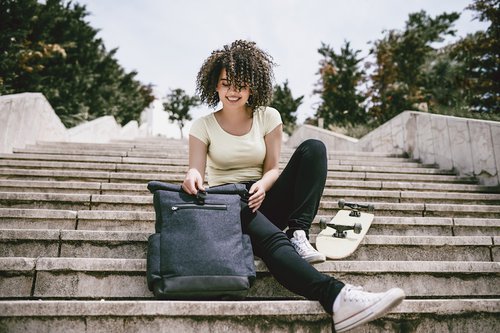 You've done it all to get accepted to the college of your choice: Hours spent writing essays and filling out forms, months of research, years of hard work assembling an impressive high school record. Now that you've been accepted — especially if it's early admission — you may have the urge to kick back and relax. I understand where you're coming from, but given that a college can rescind its offer and that some students already find it difficult to shift gears from high school to college, here are four good reasons to stay on track.

Colleges Could Rescind Admission Based on Academics

Sure, you submitted a partial high school transcript when you applied to colleges, but that doesn't mean it's the last set of grades a college will see. You'll also submit a final transcript after your senior year. And if the school sees a drastic drop in your performance, they might reconsider whether you're still a top candidate. (Some might even question a single lower grade.) So do yourself a favor and hunker down for the rest of high school. Powering through now will pay off later.

Colleges Could Rescind Admission Based on Social Activity

Rumors that college admissions officers are tech-savvy enough to peruse your social media profiles are certainly more fact than fiction. And you don't want anything that may end up online (party photos, heat-of-the-moment rants, even that senior prank you may have waiting in your back pocket — which, by the way, you should probably reconsider too!) to jeopardize that top-notch admission you've scored.

Of course, it's best not to let any of these make their way into the digital ether in the first place, but it's also not always entirely under our control. Your friends might share photos without your consent or tag you in potentially controversial posts. So do yourself a favor and set some strict privacy settings just in case.

You Could Earn More (and Cheaper) College Credits

AP Exams take place every May, so there's a chance you might be taking a few after you've solidified your first-year college plans. And since AP courses are often taken in order to stand out on a college application, you might think you can check out now that they've done their job and gotten you in. Not so fast!

Yes, it's true that AP courses can set you apart from other candidates. But many schools also use AP scores to grant college credit, which in turn can help you skip certain prerequisite courses. Skipped courses can equal skipped tuition dollars, and I'm sure you don't want to miss the chance to save some cash.

You Could Get Used to Campus-Ready Behavior Now

College isn't the same as any schooling you've undergone thus far — you're going to have to maintain stronger study habits and more professionalism throughout the entire time spent earning your degree than you've ever had to call upon before. And there's no better time to practice than during your senior year of high school. By implementing strong discipline in your routines now, you'll be setting yourself up for even more success later on.

You're going to spend a lot of time and energy to snag admission to the school you want — don't jeopardize any of that hard work by letting things slip out of your control during senior year. For more answers to your burning college questions, check out our College Admission 101 Learning Playlist or our book College Admissions 101.